A hard sell: the industries that can't get millennials buying 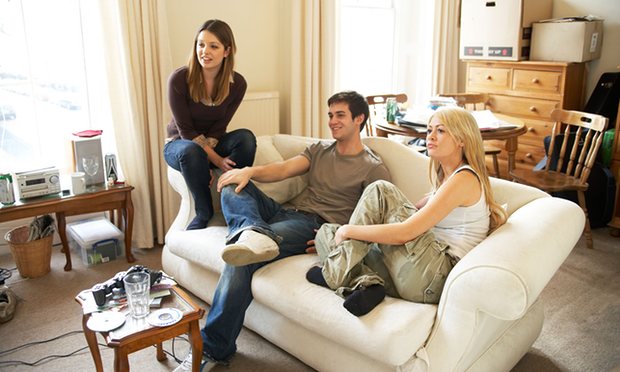 Neil Freemantle has a problem. In fact he has 13.8 million problems – and they are all aged between 18 and 35.

Once upon a time, this cohort of young British adults would have been an important market for a financial adviser’s products: mortgages, life insurance, income protection. Not any more. When twentysomethings can’t get jobs or flats, insurance is unlikely to be foremost in their minds.

“It was never easy being young, but I wouldn’t want to be a youngster now,” says Freemantle, director of Archdale Financial. “The difficulty that they’ve got is they can’t get mortgages. The frustrating thing is that you have to say no to some clients regarding getting a mortgage when you know that they are paying more money in rent.”

“House [contents] insurance, that appetite hasn’t dropped, but personal insurance – life, income protection – people aren’t switched on to that at all.”

The insurance industry is at the sharp end of the biggest shift in generational spending since the postwar boom. Young people simply don’t have the disposable income that they had in the past, thanks to a wicked combination of debt, poor job opportunities and expensive housing. Moreover, the sharing economy has taught many that just as you don’t need to own the DVD of the film you want to watch, you don’t need your own car to get around.
As Airbnb founder Brian Chesky put it recently: “Access is becoming the new ownership … our bling isn’t our house or our car, it is the theatre of Instagram and the experiences we are having in the world.”

Surveys and anecdotal evidence paint a mixed picture of millennial spending habits, and of course it is never easy to sum up an entire generation with one clump of numbers.

However, numerous polls have suggested that millennials are the most underinsured generation since the war. For many, paying off tens of thousands in student loans will be more of a priority. If they save at all, it’s more likely to be for a holiday than for old age. And when they do travel, around a third of young Brits don’t bother with travel insurance.
Chris Harries, a 29-year-old IT worker living in London, may be a good example. “I’m not going to have children, so I don’t have to worry about a house,” he says. When he does save money it’s “for a big holiday or a wedding, or just having money in case I lose my job. But if I’m going to put away 10% of my earnings I can’t do that and save for a mortgage.”

Some insurers believe millennials will be a decade behind their parents in terms of financial independence, and that the industry will have to adjust. A study last year by Gen Re asked 18-40-year-olds why they had no life insurance, and found that cost was not a major barrier. It was more that “many people fail to see the need for life insurance when they have neither a family nor a mortgage”.

“People are getting married later, obviously we have quite a big problem in the UK with housing for young people especially,” says Manraj Purewal, an insurance analyst at Gen Re. “So we think some of that is feeding into the insurance industry and it’s something that will in the future as well.
“Economic reliance on parents is prolonged and people are becoming independent later in life. So if you look at when the baby boomers started to move out and become independent it was maybe 10 years earlier to when their children are doing so now.”
In America, where young people are buried under a $1.3tn heap of student loans, the insurance industry is starting to feel the pinch, according to Mary Pat Campbell, vice-president of research at Conning.

High numbers of baby boomers took out life insurance, whereas millennials, who have fewer assets to protect, have not. As a result life insurers have been struggling to replace dying boomers with younger customers.

Insurers may have to innovate, scrambling for new products that would appeal to millennials. It’s what Mark Evans, group marketing director of Direct Line in the UK, calls the “Amazonification” of insurance, where young people can buy things quickly without a fussy policy procedure. “Young people like things that are fast and don’t involve too much paperwork,” he says.

Car retailers started moving in this direction four or five years ago. They too face the same challenging numbers – the proportion of Britons aged 17-20 with a driving licence has fallen (pdf) from almost 50% in the 1990s to 29% today. A recent report from the Good Rebels consumer experience company said the percentage of people between 19 and 34 who did not own a car had risen from 28% in 2009 to 40% by the third quarter of 2015. Dealerships know that not many young people can walk in and pay forecourt prices.

So instead, dealers offer innovate finance packages which now make up around 80% of car sales in the UK.

“It’s no longer a big ticket item – it’s cheaper than Uber,” says Nigel McMinn, manager director of Lookers, which runs 153 car dealerships across the UK. Young people can drive away a new car paying as little as £120 – and then a monthly repayment. “A young person doesn’t need capital for a deposit,” McMinn says. “We’ve become a nation of renters when it comes to cars.”
Salespeople across the board have to be much more astute if they want to sell to millennials. There has never been this volume of information available on product, performance, sellers and customer satisfaction. The era of the dodgy motor dealer is well and truly over.

“Everybody is approaching it differently now,” adds McMinn. “Young people spend a lot more time researching the purchase online. They look at independent ratings, go on Facebook, to find out what people are saying about our service levels.”

And still they might not buy. Some millennial watchers detect a parsimony and maturity beneath all the generation despair. These are people who came of age during difficult economic times, who have watched debt eat holes in their economy and in the US at least have seen waves of foreclosures.

Others discern an element of carpe diem about millennials – that if they can’t afford financial security or life changers such as houses and children, they might as well spend on memories that will stay with them for ever instead.

“They almost prefer spending on experiences rather than owning things,” says Ina Mitskavets, a senior consumer research analyst at market intelligence group Mintel. “I think that as they grow up and as their income rises they’ll probably start owning more things, but I think it’s never going to be to the extent of the ownership of things of the previous generation.”